Last week I posted a message about the utilization of new media on primary/elementary schools. I then thought of some reasons why the usage of internet and computers is still relatively small. After speaking with some teachers, I found out there are at least two other good reasons:

1) Money. Let’s face it, although governments all over the world claim that they want to invest more in education, most schools just don’t have the money for computers. Often schools rely on volunteers that can organise IT related matters for them.

2) Change can be hard. A lot of teachers have been doing their own ‘thing’ for years, repeating the same stuff every schoolyear. They feel comfortable with it, and also the lack of time prevents them from working with computers and discovering ‘new media’. 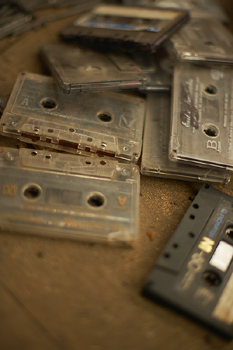 Is there no money for cd players, or is it that teachers don’t know how cd or mp3 players work? Didn’t anyone explain them what streaming media is? Or aren’t new teachers trained in these things on graduate schools and universities?

I really don’t know what the reason is. What I do know by now, is where the term oldschool comes from 😉

New media in your classroom

Hi everybody, I would like you to know that we are quite interested to hear your opinions on LessonSense.com . Also, we are very open for suggestions for resources that you are looking for.  So, if there’s a specific theme that you cannot find on this site, please let us know! We will do our best […]

If you have kids, late July, August and early September represents over summer ending, cooler weather and fall foliage. School begins one time again for millions of kids across the country. Getting your kid prepared, irrespective of whether they are in Kindergarten or a senior in high school, is a must. Here are some tips […]

We use cookies to personalise content and ads, to provide social media features and to analyse our traffic. We also share information about your use of our site with our social media, advertising and analytics partners. By continuing to use this website or by clicking 'I agree', you agree to our use of cookies. Find out more.